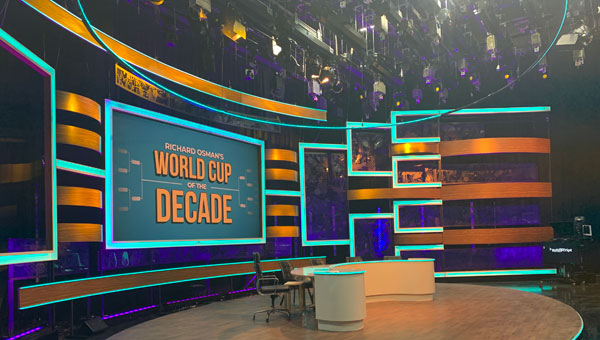 We had the privilege of attending the shoot of ROWCOTD, the first program to be filmed at the newly re-opened Riverside Studios. We wrote the title music and jingles for the one off Xmas special which was aired on Dec 27th on Channel 4 where voters picked the best film, tv show, song etc. to come out of the past decade.